The White House Milestone Travellers and History-Lovers Are Celebrating

Amid political drama, it’s easy to forget that 1600 Pennsylvania Avenue in Washington, DC isn’t only the address of one of America’s branches of government - or a family home, America’s original work-from-home venue before WFH became a ‘thing’.
The White House is also a global symbol of the historic roots of democracy. And it’s one of the pre-eminent museums of the history of the United States.
It wasn’t always that way. This year, the White House Historical Association celebrates its 60th anniversary.
Six decades doesn’t seem very long, considering the history of the site. While the Republic began in the 18th century and the current White House dates back to the early 19th century, prior to 1961, the White House was no museum. It was treated as a rather ordinary executive mansion – one that changed occupants every four years, without any permanent caretaker of its legacy.
When the Kennedy administration moved into the White House, famously elegant and history-minded First Lady Jacqueline Kennedy discovered a hodge-podge of furnishings and design. One observer even noted much of the White House at the time contained non-descript ‘department store furniture’!
She immediately made it her mission to transform the White House into a museum of the history that had taken place within its walls, and a repository of the legacy of the ‘People’s House’ that would tell future generations the story of the building of a nation through the art, artefacts and furnishings that touched and reflected the lives of the nation-builders and two centuries of presidents and their families.
To assist her in her mission, she established the White House Historical Association. Entirely with donated funds, they scoured America and the world, tracking, recovering, acquiring and restoring, or re-creating art, furnishings and décor items that reflected the history of the White House.
Just a year later, on Valentine’s Day in 1962, the First Lady gave a televised tour of the White House Restoration that had record-breaking viewership and won the notoriously shy First Lady an Emmy award for her on-camera appearance.  You can watch a clip of the tour here.
Her own legacy, the White House Historical Association, provides continuity throughout successive administrations, continuing to preserve and share the history and legacy of this living museum, even acquiring new pieces to reflect that history continues to be made even today. Since its founding, the Association has invested over a hundred million dollars – still entirely donated - to maintain and expand the White House as a museum.
You couldn’t call the White House ‘shabby’ now. Vivid colors in rooms with names like Blue Room, Green Room, Red Room, the sheen of gilded vases and clocks and frames that date to the earliest days of the Republic, sparkling chandeliers, a piano given by Theodore Steinway to FDR carved from mahogany with American eagle legs, iconic portraits of Presidents and First Ladies all the way back to George Washington, the State Dining Room that’s the country’s most exclusive dinner invitation, and a whole room dedicated to crystal, flatware, and china, used by nearly every President, as well as state china designed for different administrations provide something to inspire every visitor to the White House.
The White House today sees a million visitors each year in addition to the dignitaries, heads of state and culture and business who are welcomed through its doors.
The 60th anniversary of the White House Historical Association coincides with a year of disrupted travel, but thanks to Google Arts & Culture, you can still take a virtual tour of the White House, indoors and outdoors. Don’t miss the Vermeil Room, where portraits of First Ladies, including White House Historical Association founder Jacqueline Kennedy, hang in honor. 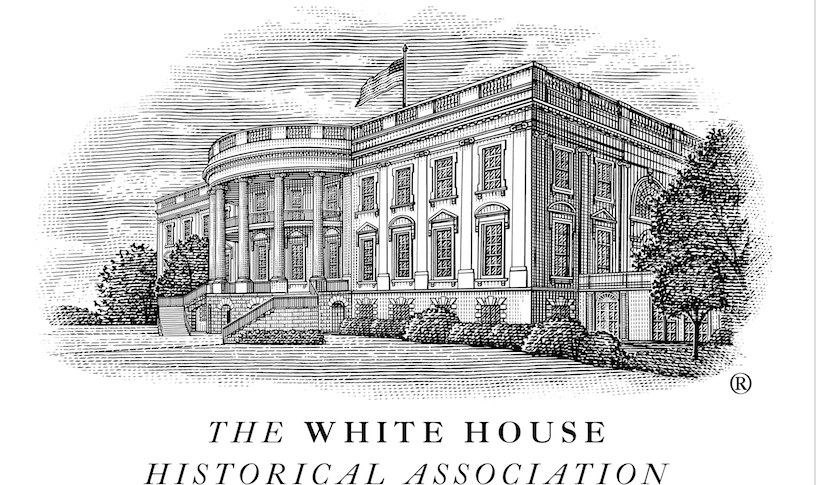 To celebrate its anniversary, the White House Historical Association has issued a new logo with the image of the White House South Façade in 1961; a signature book ‘Designing Camelot: The Kennedy White House Restoration’; a special tribute to Mrs. Kennedy in addition to the annual luncheon to mark her July 28th birthday; and new episodes of the Association’s ‘The 1600 Sessions’ podcasts that bring experts and luminaries into discussions about the defining times and people who made history the White House.

Image: National Parks Service
Copyright BestTrip.TV/Influence Entertainment Group Inc or Rights Holder. All rights reserved. You are welcome to share this material from this page, but it may not be published, broadcast, rewritten or redistributed.